Hearts on the Plaza Event an Ice Cold Success!

Despite a severe ice storm, we decided it was important to show our determination to renew and revive AdMo Plaza to defend the anti-racist legacy of this neighborhood.

Neighbors did come out despite the weather and great conversations were had along with the S’mores. We had some local television coverage. One reporter did a live story. One attendee wrote a short essay on his experience there:

How do you start a fire in the freezing rain? I recently needed an answer to this literal and figurative question. The literal fire was needed to keep neighbors warm as they gathered for an event to protect Adams Morgan Plaza during an ice storm. The plaza has been used by our community for 44 years since it was offered as an easement for permanent public use by the adjacent bank as reparations for years of racist banking practices. The figurative fire was needed now that a developer wants to build condos, which would destroy both the plaza and a key symbol of Adams Morgan’s anti-racist legacy during a brutal and depressing pandemic.

The answer to both is surprisingly similar. Before anything else, it takes a stubborn belief that what some say is impossible can be accomplished. It’s then necessary to gather all the necessary ingredients, both old and new, building them up in a deliberative manner. At the beginning you must take care to keep your work under cover, protecting it from forces of [hu]man or nature that would destroy the conditions necessary for ignition. When a strong fire takes hold, neighbors can come together and expose it to the elements as is necessary to carry it to the whole community. Once the fire is raging it cannot be put out as long as you are dedicated to keep feeding it with the energy needed. It is then that all your neighbors will see it and can come and gather around its warmth.

View all posts by admodc 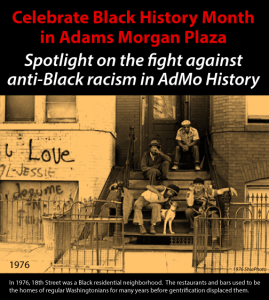 Reportback on “Hearts on the Plaza” held on Saturday, Feb 13, 2021 at AdMo Plaza 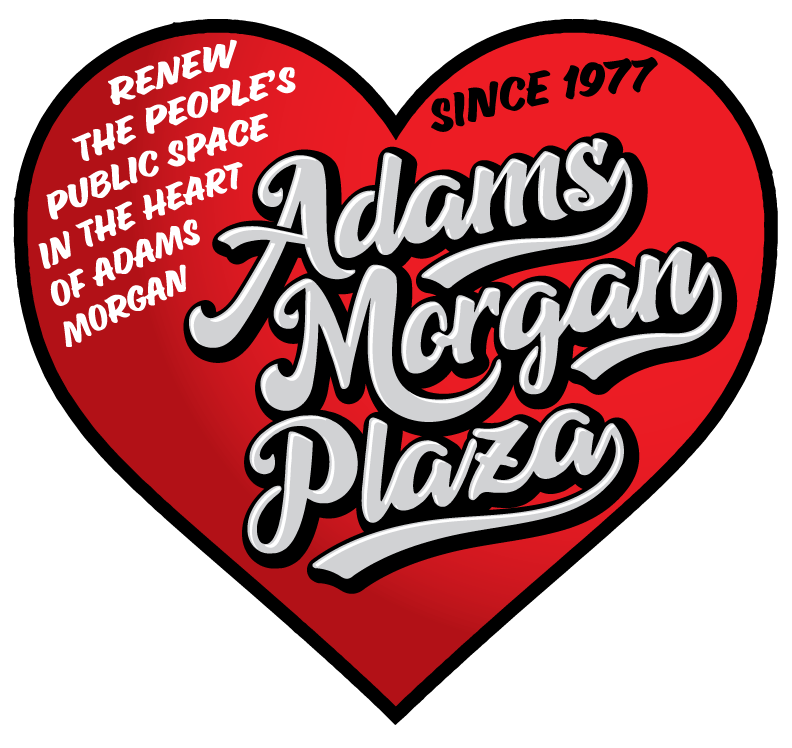